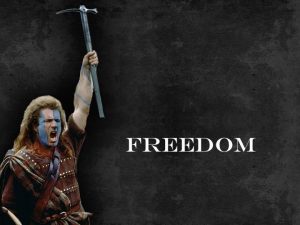 Gal 5:1 For freedom Christ has set us free; stand firm   therefore, and do not submit again to a yoke of slavery.

This verse is the underlying encouragement to these amazingly brave communities who had stepped out from under centuries of traditions to walk in freedom through the power of the Gospel. It proves an endorsement for us centuries later to stand on the shoulders of those who have gone before.

Paul had planted these 4 young churches, in the province of Galatia, however there were those that would come and attempt to derail these young believers and attempt to return them to living under the Law. These Judaizers, were as wrong about the means of sanctification as they were about the way of Justification

The letter, which Paul wrote to the churches in Galatia, is an epic manuscript written thousands of years ago to a few fledgling churches, for which he had an invested interest and a fathers heart. It’s value is of such eternal proportion, that when I allow my creative wandering self to meander.

I see visions of Battlestar Galactica, Commander Adama and the crew protecting the twelve colonies as they are attacked by the Cylons, or is just me ? ….. 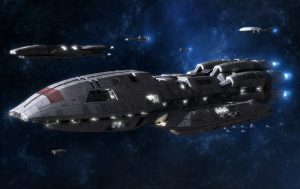 Anyway I digress; Pauls protection for his small colony against the Judaizers (Cylons), was not a simple manuscript, it is a cataclysmic document of a battle for Liberty against the tyranny of legalism, a new era of Freedom dawns. This letter has reverberated down the corridors of time into the 21st century with power and authority to reveal a reforming truth of salvation by grace alone through faith alone in Jesus Christ

As we delve into this manuscript it is bodes to be an exhilarating journey, as we prepare to excavate the depths of this book of Galatians, yet in truth we can never say we have devoured the book or the subject of “Freedom in Christ”. However we can take a meaty bite and chew on the word of God, allowing our taste buds to be ignited, tantalized and perhaps somewhat satisfied, in knowing we have been freed in Christ. I’m reminded of a question in perseverance; How do you eat an elephant ? One bite at a time…..
The rampant theme that takes hold of us is “Justification by Faith”, knowing that we are saved by Gods grace, and as we grasp the dynamic truth of this; I challenge you to be bold and shout it out with all your might….. FREEDOM.

As his skilful pen carves out the pages of this letter through the coaxing of the Holy Spirit, it reveals a galdiators display of systematic swordsmanship as he takes his stance, en Garde, thrust, parry, advance attack.
He reveals his diligence to his craft, exposing legalism, hypocrisy and cementing faith in Jesus, adoption as true sons, walking by the Spirit and bearing one another burdens. His true craft helps us to connect the dots from the Old to New Covenants as Paul reaches back into the Old and creates the bridge to the New, with analogies revealing Gods heart and grace for mankind from Abraham to Jesus, the promise and the promised one.
His direct approach is raw and loving at the same time, “O foolish Galatians! Who has bewitched you?”
Later he lovingly warns us and them, beware of those who attempt to take you back under law once you have tasted the life of Freedom
Gal 6:  for even those who are circumcised do not themselves keep the law, but they desire to have you circumcised that they may boast in your flesh.

Beware the Cylons of the 21st century

We like Paul have no wish to boast in the flesh but wish only to boast in the Cross of Jesus; we have been delivered from the regulations and traditions, the law of the Old Covenant and have, by Grace stepped into the liberties of the New Covenant, and in Jesus we cry FREEDOM.