Heirs of an Eternal Life

Titus 3:7…that having been justified by His grace we should become heirs according to the hope of eternal life. 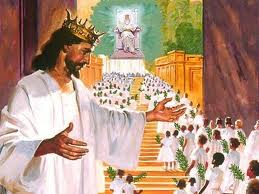 1 Peter 1:3 Blessed be the God and Father of our Lord Jesus Christ! According to his great mercy, he has caused us to be born again to a living hope through the resurrection of Jesus Christ from the dead, 4 to an inheritance that is imperishable, undefiled, and unfading.

Celebrating Easter means so much to so many people in so many different ways. Often we forget it is truly a celebration of “the Passover”, where the most amazing historical event ever recorded took place. It takes it roots way back to a time way before Jesus was even born, to the release and escape of the Hebrew people from captivity and the intervention of God using a man; Moses to eventually lead His people into the promised land.

Thousands of years later this pantomime of remembrance was played out in Jerusalem, when all the Jews would gather for the special festival of Passover in remembrance of that flight all those years ago. Except this time it wasn’t only an unblemished lamb that was to be slaughtered, but the unblemished lamb on God – Jesus.

This time it invokes the amazing power of the cross, the shed blood of Jesus – the greatest sacrifice ever, which declares that the wrath of God has once and for all been appeased. We marvel at what the resurrection declares: God has accepted this sacrifice, and therefore we have been justified. The nett result for us is that we walk in liberty, and our sins have been paid for in full. Peter declares, “Christ has been raised from the dead to his inheritance, which is imperishable, it is undefiled and unfading.” This is really, really good news, now because of the resurrection, Jesus is declared, and accepted as the first fruits 1 Cor 15:20 But in fact Christ has been raised from the dead, the first fruits of those who have fallen asleep  Paul is referring to the Old Testament instructions, regards bringing in the first fruits of the harvest, which also would be an indicatio 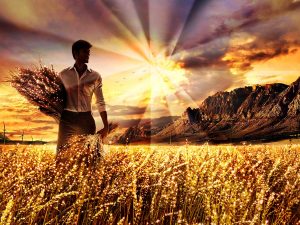 n of the nature and quality of the anticipated crop to come.

Ex 23:19 “The best of the first fruits of your ground you shall bring into the house of the LORD your God.

Lev 23:10“Speak to the people of Israel and say to them, When you come into the land that I give you and reap its harvest, you shall bring the sheaf of the first fruits of your harvest to the priest,

Therefore, as Christ is the first fruit, His resurrection reveals our eternal inheritance. We are the anticipated harvest, who are also heirs of Christ’s inheritance, so we too have an inheritance that will be imperishable, undefiled and unfading.

Hallelujah! What an inheritance !!!!!!